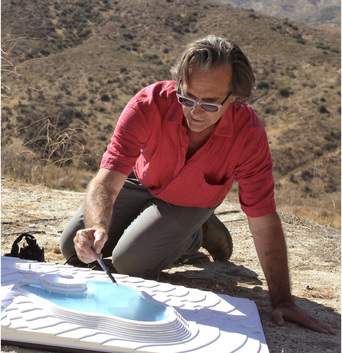 After receiving a Bachelor of Arts degree in Film and Theatre from the University of Washington Corbett began working in regional theater as a scenic artist for the Seattle Repertory Theatre and A Contemporary Theatre. Later, as a design assistant at the Mark Taper Forum in Los Angeles, Corbett was fortunate enough to work alongside such acclaimed designers as Academy Award® winner Tony Walton, Tony Award winner John Lee Beatty and Tony Award nominee Ralph Funicello.

Moving to New York City allowed Corbett the opportunity to establish  himself as a scenic designer for numerous off-Broadway productions.  Noted productions include The Rivals and June Moon, at Manhattan Punch Line and the American premiere of Pirandello’s Cap and Bells at the Judith Anderson Theatre, produced by noted Broadway producer Frank Gero.

Corbett’s success as a scenic designer in the theater was the catalyst for his career as a Production Designer for television and film. His design work for television first gained notice while working with Tracey Ullman on her HBO show Tracey Takes On, resulting in three Primetime Emmy Award nominations.

As a feature-film production designer, Corbett is known for his work with writer/directors John Sayles (Silver City, Honeydripper) and Wayne Kramer (The Cooler, Running Scared, Crossing Over).  Other noted collaborations include Kathryn Bigelow’s Blue Steel, Robert Townsend’s The Meteor Man, Ron Nyswaner’s The Prince of Pennsylvania, and Walter Hill’s Bullet to the Head.

Corbett has also maintained an active career as a fine artist. His work has appeared in galleries in both  Los Angeles and New York City,